Historically, people of Ladakh settled along the banks of rivers so that they had access to water for drinking as well as for irrigating their fields. Therefore, the Indus river (or Singge Sangspo in Ladakhi language) became the backbone of people of Ladakh.

Monasteries were built in remote areas that did not witness heavy footfall, often on hilltops, so that the monks could meditate without any disturbance. People would visit these monasteries to take refuge not only at the time of hardships but also to offer their prayers when something good happened to them. So, these monasteries have been witness to waves of history and are testimony to centuries-old rich culture and tradition of Ladakh.

This one-day tour follows the Indus river up to Hemis, which is the largest monastery in Ladakh and also a spiritual centre for the Drukpa Buddhists. Along the way, there are beautiful monasteries and palaces, whitewashed chortens (or stupas), mani walls and Ladakhi farmhouses surrounded by green barley fields. 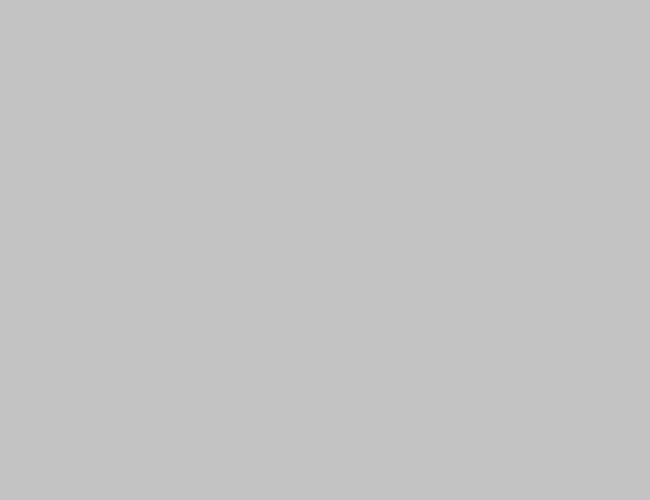 Hemis gompa, the spiritual centre of the Drukpa order (the Red Hat sect), is famous as the largest and wealthiest monastery in Ladakh. This 17th-century monastery, located 45 km far from Leh town, was founded by Stag Tsang Raspa under the patronage of King Singge Namgyal in the 1630s. Hemis gompa is home to more than 500 monks. Screened from the rest of the valley by a narrow gorge, it is built on a verdant hill surrounded by spectacular mountains.

The main entrance of the monastery opens to a large rectangular courtyard where public functions take place. This is where cham (sacred mask dances) are performed during the 2-day annual monastery festival known as Hemis Tsechu (“Tsechu” means the 10th day) that is held on the 10th of the 5th month of the Tibetan lunar calendar every year. The festival attracts thousands of Ladakhi people as well as tourists. It is dedicated to Padmasambhava (Guru Rinpoche), the founder of Tibetan Buddhism. An ancient silk thangka of Padmasambhava along with the six-bone ornaments of Naropa called Naro Gyantuk are put on display for the public every 12 years. The bone ornaments said to be offered to Naropa by Dakinis (sky dwellers) are put on by His Holiness Gyalwang Drukpa Rinpoche and people from all parts of the world assemble at Hemis to seek blessings of the bone ornaments.

When visiting Hemis monastery, do not miss the impressive 8 metre-high statue of Padmasambhava that is enshrined in one of the many temples of the monastery complex. From the courtyard, one can notice the intricate wooden balconies (known as rabsals) that decorate the imposing whitewashed façade of the main monastery building. The gompa also has an interesting museum that is worth visiting. 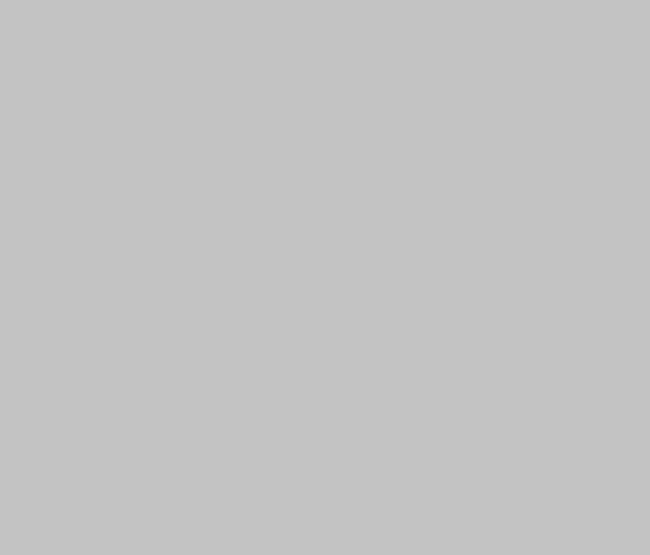 If there is any monastery in Ladakh that has a direct connection with Bhutan, then it is Stakna monastery. Crowning a rocky hillock that rises above the Indus river, Stakna gompa is one of the most picturesque monasteries in Ladakh. It is accessed via a bridge crossing the Indus river covered with prayer flags flapping in the wind. The Stakna gompa is located 23 km from Leh, halfway between Thiksey and Hemis.

The monastery was established by Chosje Modzin, a scholar and saint from Bhutan, in the 17th century. The Bhutanese influence on the monastery is quite obvious from the murals inside the gompa. Today, approximately 30 monks reside in this relatively small monastery.

The Drukpa roots were established in Ladakh at Stakna much before the arrival of Lama Stag Tsang Raspa, the founder of Hemis monastery. According to historians, Nawang Namgyal, one of Singge Namgyal’s half-brothers, entered the holy orders and restored an old building with the present impressive one. One of the most impressive features of the monastery is the silver stupa studded with turquoises called the Namgyal Chorten that was made in Chilling, a village in the Hemis National Park that is renowned for its craftsmen. Buddhist devotees also visit the gompa for its highly revered statue of Avalokiteshvara (the lord of compassion) that was brought from Assam in Northeast India. From its roof, the monastery offers stupendous views of the Stok Kangri summit, the Shey, Thiksey and Matho gompas. 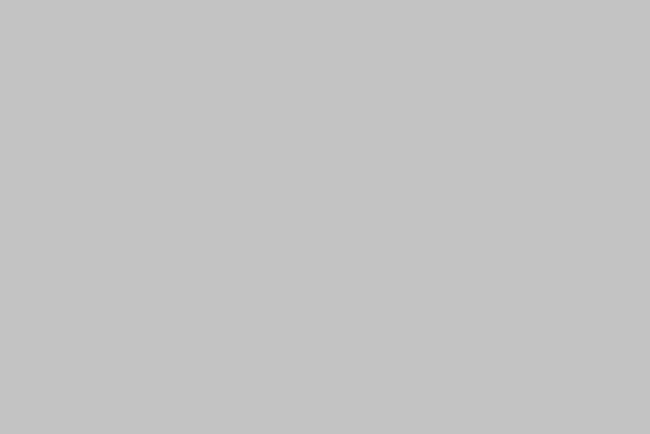 Thiksey monastery is undoubtedly one of the most architecturally impressive and recognisable gompas in Ladakh. Founded in the 15th century, its whitewashed stupas and monks’ quarters rise up the sides of a rocky peak, crowned by a large ochre-and-red-painted temple complex. From the top, there is a striking panorama view of the valley strewn with chortens. Thiksey gompa is located 19 km east of Leh town and a motorable track connects the gompa to the main road.

Thiksey was established in the middle of the 15th century when the Gelugpa sect (the sect founded by Tsongkhapa, a great Tibetan scholar, which is headed by the Dalai Lama) was on the verge of expansion in Ladakh. It is said that the monastery is standing on the site of an earlier Kadampa foundation (a school of Tibetan Buddhism founded by Dromton, a disciple of Atisha).

The Maitreya temple, above the main courtyard, houses a mesmerising 15m-high statue of the Future Buddha (called Chamba) in a magnificent jewelled headdress. The statue is said to be one of the largest statues in Ladakh and took over four years to complete. The temple housing this giant statue of Buddha was dedicated by His Holiness the Dalai Lama in 1980.

In case you are tired from climbing up and down the stairs at Thiksey gompa, then the restaurant at the monastery is a good place to stop for lunch during the tour. The restaurant serves vegetarian food of Ladakh. 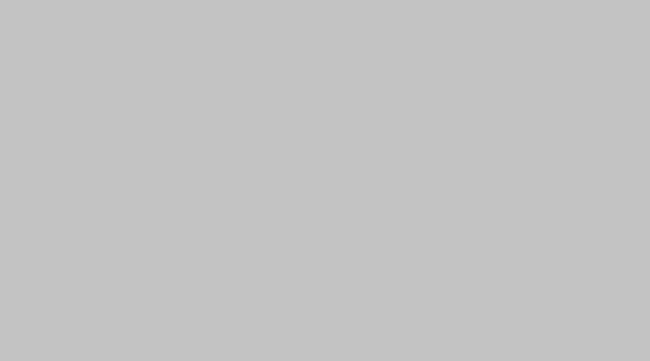 The first majestic structure that the tourists will come across on the way from Leh along the Indus river is the Shey palace. Situated at a distance of 15 km from Leh, the Shey palace is one of the most important heritage sites of Ladakh. Shey was once the capital of upper Ladakh. The palace, a smaller version of the one in Leh, sits above the barley fields studded with whitewashed houses.

The Shey palace is said to have been built by King Deldan Namgyal in the memory of his father Singge Namgyal, one of the greatest kings in the history of Ladakh, in 1655. The original Khar (or palace) which is now in ruins was built by Lhachen Palgyigon, the king of Maryul (now called Ladakh), in the 10th century. Soon after Ladakh was attacked by the Dogras of Jammu in 1841, the Namgyals abandoned the Shey palace and moved to Stok. The Shey gompa houses a two-storey high statue of Shakyamuni Buddha. This giant statue of Shakyamuni Buddha is made of copper with gilded gold. On the walls, there are some murals depicting the 16 Arhats (saints who attained enlightenment).

The palace overlooking the Indus river offers magnificent views and is a favourite among photographers. People from all parts of Ladakh visit the Shey gompa in large numbers during the holy days of the Tibetan calendar, especially on Buddha Purnima (Vesak Day).

Situated on the other side of the Indus river (left bank) at a distance of 15 km to the south of Leh, Stok is the official home to the Ladakhi royal family since they fled from Leh and Shey due to the attack from the Dogras almost two hundred years ago.

King Tsepel Namgyal built the three-storey Stok palace in the 1820s but the palace was built as a small retreat since the Namgyals already had their main palace at Leh. Today, the Stok palace is home to King Jigmet Wangchuk Namgyal, a descendent of the Namgyal dynasty who is held in high regards by the people of Ladakh. The Stok Palace was restored and renovated and later turned into a heritage hotel by King Jigmet Wangchuk Namgyal. The heritage hotel has four suites, a royal suite and the queen’s bedroom.

The Stok palace has an interesting museum displaying family treasures, including the king’s and queen’s royal crowns, costumes and jewellery. The museum also exposes swords and guns collected during the war with Afghans.

The Stok palace has its own monastery and a priest from the Chemrey monastery is the caretaker of the gompa. The gompa houses large statues of the Buddha and Guru Rinpoche (Padmasambhava). The palace also hosts an annual festival with sacred mask dances which is attended in large number by the locals. Royal clothes, crowns and other antiques are exposed at this occasion. 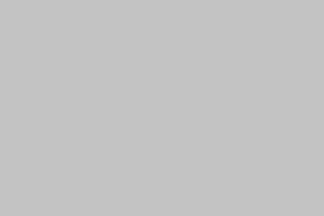